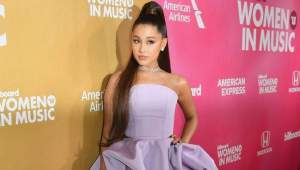 Ariana Grande is officially off the market after wedding beau, Dalton Gomez, over the weekend in Santa Barbara County, according to reports.Grande, 27, and 25-year-old Los Angeles real estate agent, Gomez, were married at the residence of Grande, (formerly owned by Ellen DeGeneres,) in Montecito, California.

According to TMZ, the wedding consisted of less than 20 guests, including family members from both sides.

Ariana Grande is a married lady. Two months after announcing her new TV gig as a coach on next season’s “The Voice,” the pop superstar said “I do” to Dalton Gomez.

Grande and Gomez tied the knot at the singer’s Montecito mansion in California over the May 15-16 weekend in 2021, sources told TMZ. The sources described the wedding as “informal” and “intimate” with about 20 wedding guests. It’s unclear how much planning went into the special day.

On December 20, 2020, Grande announced her engagement to Gomez on Instagram after dating him for a year. TMZ was the first to report that Grande was seeing someone new after she was spotted kissing an unidentified man at a bar in February of that year. TMZ later identified Gomez as the mystery man.

Here’s everything you need to know about Grande’s hubby:

Grande started dating Gomez in January of 2020, but news of their romantic relationship wasn’t made public until two months later.

In March of that year, a source confirmed the relationship to PEOPLE. “They have been hanging out for a couple of months,” the source told the entertainment mag. “Ariana doesn’t want to do another public relationship so she is trying to keep this one quiet, but she seems very happy with Dalton.”

Before Gomez, Grande was romantically linked to her “Boyfriend” collaborator, Social House’s Mikey Foster in 2019, but the source told PEOPLE those were just rumors, and they never dated. A year before, in 2018, Grande got engaged to “Saturday Night Live” comedian Pete Davidson, who she started dating earlier that year, according to US Weekly. The couple called off the engagement at the end of 2018, a source told CNN in October of that year.

Gomez isn’t in the entertainment industry, but he does pretty well for himself.

The Southern California native is a real estate agent based in Los Angeles and works for the Aaron Kirkman Group, a luxury company that deals with A-list buyers, according to Gomez’s bio on the group’s website.

Per his bio, Gomez is “the sole buyer’s agent” and “holds one of the largest rolodexes of A-list buyers.”

Ariana Grande & Justin Bieber – Stuck with USB Projects along with longtime clients Ariana Grande and Justin Bieber release “Stuck with U” to benefit First Responders Children’s Foundation: stuckwithu.lnk.to/agjbPV In response to the COVID-19 crisis and to help further bolster relief efforts, all net proceeds from the streams and sales of “Stuck with U” will be donated to First Responders Children’s Foundation…2020-05-08T04:00:09Z

Gomez and Grande spent most of 2020 getting to know one another under lockdown amidst the COVID-19 pandemic.

A source told PEOPLE in December of 2020 that the couple quarantined at Grande’s Los Angeles pad. “Dalton is a great guy. He is very focused on work and low-key,” the source said, adding, “He likes keeping his relationship with Ari private. They have been able to get to know each other in peace.”

The couple began dating in January and quarantined in New York City before transitioning over to Los Angeles.

Grande confirmed her relationship with Gomez in her “Stuck with U” music video, which premiered in May 2020, and also featured Justin Beiber, and his wife, Hailey. In the video, there’s a clip of Grande and Gomez dancing in the pop star’s bedroom.