The 59-year-old veteran took off from Northern Colorado Regional Airport around 6:15pm for what was believed to be the first time a fixed-winged aircraft would be used at night to fight a wildfire using night vision. 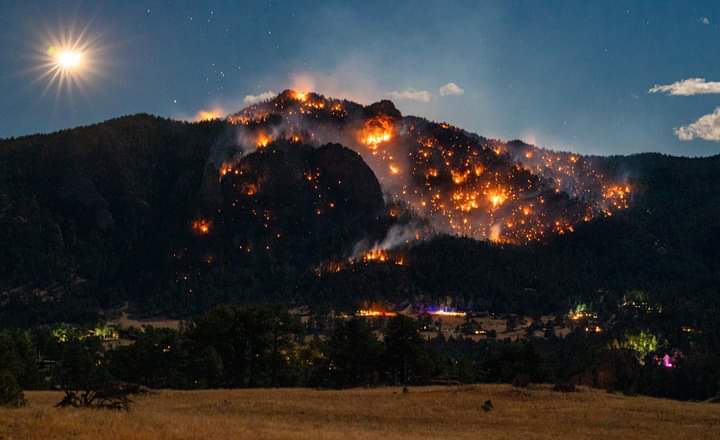 Olson was featured earlier this year on the program “Behind The Wings,” which airs on Rocky Mountain PBS, where he discussed the ways pilots could use night vision to battle wildfires.

“We are deeply saddened to hear of the passing of Veteran and pilot Marc “Thor” Olson, who lost his life while providing nighttime aerial support for the Kruger Rock Fire on November 16, 2021,” a post made via Wings Over the Rockies Air & Space Museum (Colorado’s Official Air & Space Museum) Facebook page read.

“We at Wings had the opportunity to feature Thor in a Behind the Wings episode about aviation firefighting and we were struck by his kindness, expertise, and commitment to service.”

“Thor was a true visionary, and was bravely committed to the life-saving endeavor of fighting fires from the sky. He flew for 42 years with more than 8,000 flight hours, including over 1,000 hours of night vision goggle flight.”

“Marc Thor Olson was a highly decorated veteran of both the Army and Air Force with 32 years of service to our country. During Thor’s 42 years of flight, he had amassed more than 8,000 total flight hours with an impressive 1,000 hours of NVG flight including in combat and civilian flight,” CO Fire Aviation Inc. shared on Facebook