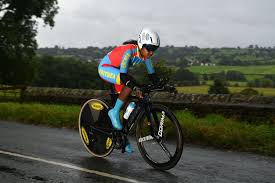 The death of the young star was a tragedy to the sporting world in general.

“Desiet. With her constant smile, kindness, respect and deep passion for cycling, Desiet Kidane Tekeste was a rising young talent who will be greatly missed.

Our thoughts are with her family, friends and UCI World Cycling Centre teammates and coaches during this tragic time.” – Union Cycliste Internationale (UCI)