“It is with great sadness that I announce that Ruth Prins aka Wunda Wunda passed away at 9am this morning. Her daughter Debra let me know a little while ago that she was “ready to go and leaves a lot of great memories” – Jim Cull

Wunda Wunda is the name of an early children’s television seriesthat aired in Seattle, Washington between 1953 and 1972 on Seattle NBC affiliate, KING-TV, channel 5. 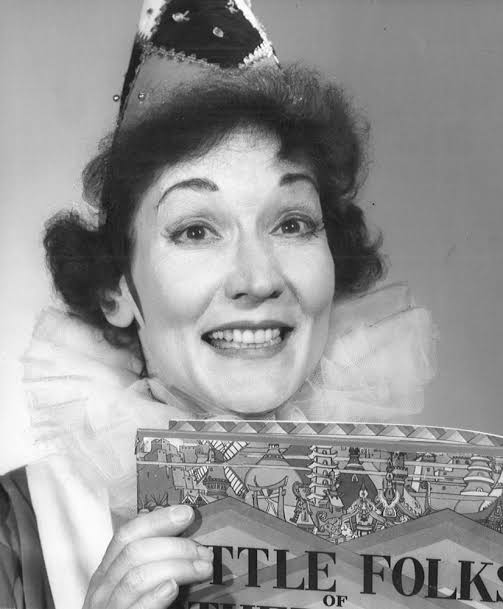 The program starred Ruth Prins as Wunda Wunda, who read stories and sang songs with other characters on the show. She wore a princess hat and clown-like make-up, sitting on a magical rug to do most of her show.

She aimed her show at young kids who were preparing for school.