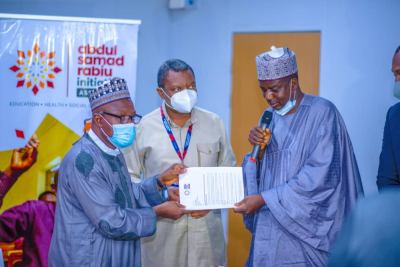 Billionaire Abdul Samad Rabiu, who happens to be the founder of BUA Group and Abdul Samad Rabiu Africa Initiative (ASR Africa) has announced on Friday, 8th October 2021, his interest in the construction of a multipurpose students center at the Nnamdi Azikiwe University in Awka, Anambra State.

The ASR Africa is a non-profit organization, and the philanthropist announced that the center will be built with an initial grant of One Billion Naira from the ASR Africa Tertiary Health Systems Infrastructure. This grant was generated from the annual $100 million Africa Fund for Social Development and Renewal of the ASR Africa and warded to UNIZIK 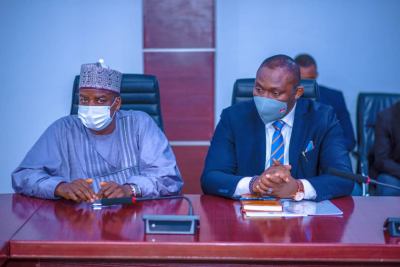 The Pro-Chancellor and Chairman of the University’s Governing Council, Professor Suleman Kuranga who was visibly elated alongside the Vice-Chancellor, Professor Charles Esimone, stated that the project would serve as a reward to the students as they have upheld peace and harmony in the Institution of learning. 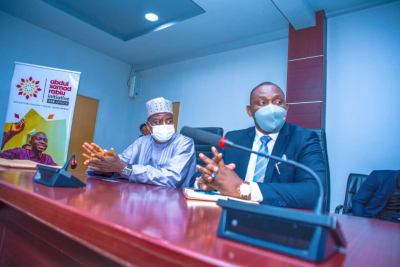 Prof. Esimone expressed gratitude to the organization and her donors having received the grant letter, averred that the Institution would be first and best in not just Nigeria, but Africa at large. Prof Esimone made explicit that the institution is favored, to have been recognized for the reception of the grant award for the construction of the gigantic edifice.

The Vice-Chancellor affirmed that the students’ complex would accommodate the Students Affairs unit, Centre for Council and Career Development, the SUG secretariat and its respective arms, International Students Center, Amphitheater, among others.

The Industrialist, Alhaji Rabiu specified that the project was endeared by his aspiration to contribute his quarter to Africa’s growth and development. He also commended the Vice-Chancellor for having chosen the project that needed immediate intervention.

According to the former Minister of Health, Dr. Aliyu Idi Hung, who represented Alhaji Sadiu, he briefed all in attendance of the meeting as follows:

“We commit setting aside One Hundred Million Dollars annually of which Fifty Million Dollars is set aside specifically for Nigeria and the remaining $50m for the rest of Africa.

“As part of what we have done so far, this is the last lap of the University intervention of N1billion development grant to one institution in each geographical zone of the country.”

“It is our belief at the ASR Africa Initiative that this support will go a long way in bridging the infrastructure deficit in Education within Nigeria and other African Countries. We are excited about the endless possibilities that lie ahead of Africa and because The Time for Nigeria and Africa is now, and business development is nothing without citizens’ development.”

“On behalf of the ASR Africa Initiative, we look forward to commencing the work to build for the benefit of Africa’s children and her future”.

The Project Managing Director, Mr. Ubon Udoh remarked that the project would commence once a team for the construction has been constituted by the UNIZIK management.

The UNIZIK’s Students Union Government President, Comrade Ani Chukwuemeka added that the initiative would be a plus to the students of the Varsity when completed